Yor, the Hunter from the Future

It’s the future! Dinosaurs have made a comeback, whereas pants have gone the way of the dinosaur! At the center of it is a man named Yor, who is here to kick ass and hang glide on giant bats, and fortunately he’s not out of giant bats because boy is that scene where he hang glides on a giant bat hilarious!

Yor is of course played by RiffTrax favorite Reb Brown, a Green Bay Packers Cheesehead Hat Who Assumed Human Form. In this film, Reb defies expectations, portraying Yor as a sensitive-yet-brilliant poet, who through articulate calls to reason—we’re just kidding, he punches dinosaurs and horns out on cave-babes.

With an over-the-top theme song, cheesy creature effects, and a ridiculous final act that will truly surprise anybody who didn’t finish reading the title, this flick is truly an 80s cheese connoisseur’s delight. Join Mike, Kevin, and Bill for Yor - The Hunter from the Future! 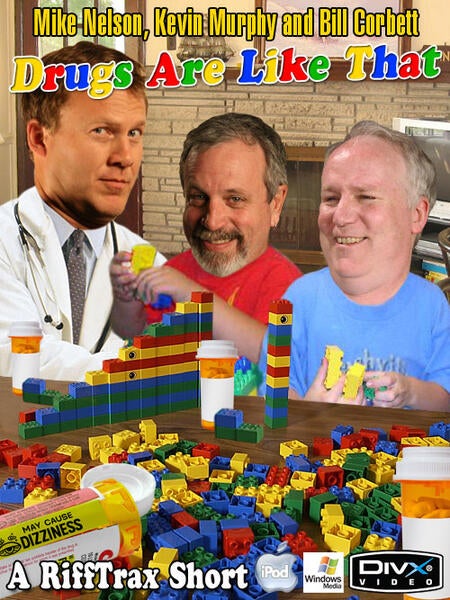