Imagine another world filled with mighty warriors and evil sorcerers fighting over a stronghold of great power, power to rule over all of creation!

Now imagine that world didn't have the budget to show itself and had to stage much of their battle in a low populated American town.

Yes it's Masters of the Universe, a toy line so big and popular it spawned four animated series to date and a major film (in the sense that anything produced by Golan-Globus can be considered a major film). Enjoy with us as we watch Dolph Lundgren play He-Man about as convincingly as your little brother did his first Halloween and Frank Langella play a character somewhat less evil and cartoony than Nixon.

(PAL tester needed for this track.  If you have a PAL copy of this movie, contact me on the rifftrax forum here forum.rifftrax.com/index.php/topic,11681.0.html or email roninfoxtrax@yahoo.com .)

Check out our merchandise store. 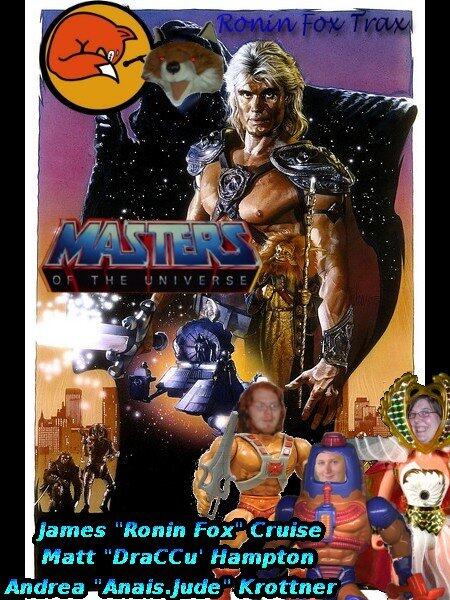