In Our Hands: How to Lose What We Have

Some election day in the future, you may be faced with a dire choice.  You can choose the party of capitalist exploitation or the party of Communist house-stealing.  This short is unflinching in its portrayal of Americans who have made the wrong choice.  By choosing poorly, they found themselves facing down tubby truck drivers and iron-fisted party leaders who resemble a human version of Droopy.  By choosing poorly, they lost their hopes of keeping their dead-end jobs and losing money in a risky stock market.  Let's hope that, after seeing this short, you will know enough to make the right choice during the next completely fictional election.  Riffs provided by Dana Simpson of "Ozy and Millie," Thomas K. Dye of "Newshounds" and David Brodbeck. 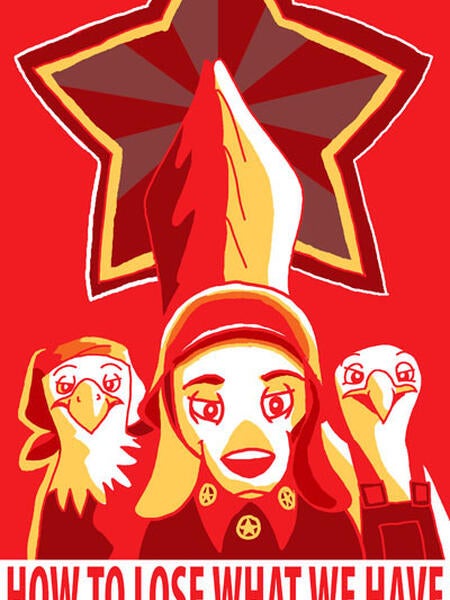