Skip to main content
You own it! Click to Play
Happy Valentine's Day from RiffTrax! Get 14% off with coupon code RIFFLOVE at checkout! Plus 25% off a new daily deal all weekend long. (discount excludes gift cards)

If you think back, I'm sure we all can remember a time that we were an innocent, naive 13-year-old girl who wanted nothing more than for the cute older boy in our class to look our way and realize how special we were beneath our clumsy exterior. For most of us, the story ended with us realizing that the older boy in our class was held back because he'd huffed so much paint he couldn't spell his name without entering a trance-like state, and us realizing we were young men from the Midwest randomly dreaming of older men in a society more stringent than that portrayed in Brokeback Mountain when it came to such things. For Stephanie Meyer, however, she takes this premise, makes the boy a sparkling vampire who doesn't kill humans, and Mary Sues herselfright into the midst of things.

Whether you love it or hate it, there's certainly no denying that Twilight exists. So whether you're a Twi-hater, the boyfriend, husband, father or some other relation to a Twi-lover and you're sick of it and just want something to deaden the vapid silences rampant in this film (you can throw it on an MP3 player & enjoy the film in your own special way!), OR you're a Twi-lover and want to use this as an excuse to show it to friends ('no, no, this makes fun of it!' but secretly you're hoping the magic will sweep them away despite all the silly voices...), this is the Riff for you!

This is the first Ice on Mars product not written solely by Michael T Bradley, and as such is a huge experiment that we all feel turned out really well. Please check out the sample and also find me on YouTube (user: zenmichael) for other samples from this & other products we have available.
Twilight was co-written and co-riffed by: Michael T* Bradley, Kaisha "Time & Again" Medford and Josh "Human Beasts" Robinson. Enjoy, and don't forget to leave feedback and comments!

As always, we're not supported or endorsed in any way by NASA, but my mom still thinks I'm funny.

While you've got Twilight rented/bought already, why not take a look at one of the other riffs available for it, like Raven's Riffs at: http://www.rifftrax.com/iriffs/ravens-riffs/ravens-riffs-twilight ? You can get EVERY TwiRiff, and just start one, and if it's not funny, move on to the next one! Or listen to them all at once! Who knows; there might be NO OVERLAP, making this the most CHOCK FULL OF JOKES riff EVER!

*The T stands for "Team Jasper"

Also, since at least one 17 yr old girl said she preferred the third sample we put up the best, I've now changed the sample link here. If there's anything I've learned over the years, it's don't argue with 17 yr old girls on YouTube. They know the future.

Addendum: Though the vast majority of people I've talked to have had no problems with the audio, since more than a few people have noted it sounding not as great as it should, I've tweaked with the audio, HOPEFULLY fixing this problem for all systems. So as of April 22, there is now a new zip file to DL. If anyone happens to try out the new version, please mention or PM me with any sort of problems/ecstatic exclamations. Thanks, Michael 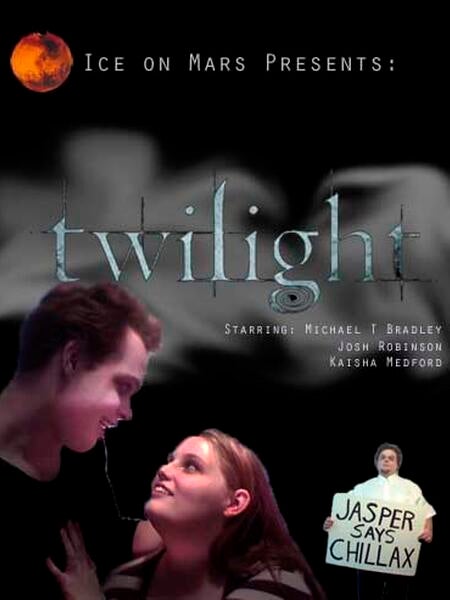