At its heart, this is really a movie about the importance of branding.

When a shepherd wakes up after getting the crap kicked out of him behind a brothel, he’s disgusted to find that he’s cradling what appears to be a hunk of raw mutton. But it turns out that if you put that mutton in an incubator and bombard it with mysterious Mine Vapors, you can turn it into a gross creature entirely unworthy of the name godmonster.

This would be a spectacularly bad movie even if it DIDN'T have a scene featuring a dog's funeral, but the dog isn't really dead, they're just faking its death. Because... they're racist? Think that will make any sense once you actually see the movie? You do??? How long have you been watching our stuff!?! 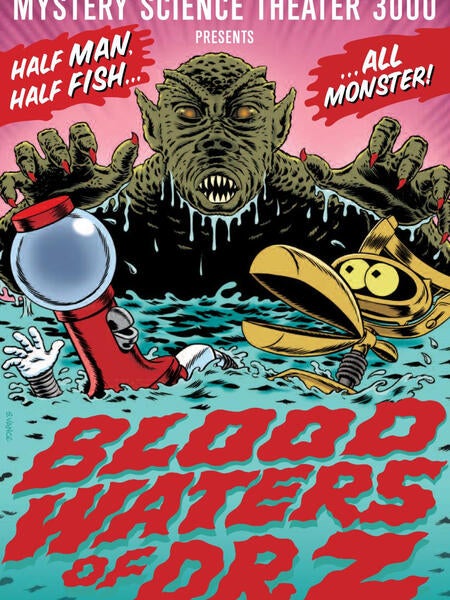